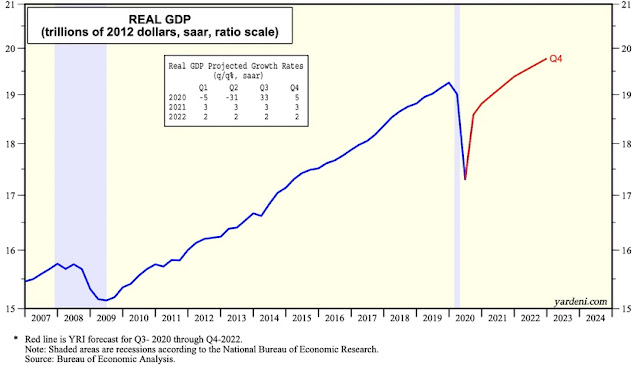 The current BEA forecast projects recovering to the prior peak of $19.5 trillion by the end of 2021. The prior projected levels of $21 trillion are not reached until sometime after 2025.
How credible is the BEA forecast? It presumes the resumption of the GDP at rates at least equal to the 2014-2018 period when GNP was stimulated by steep increases in debt, a rise in the budget deficit and huge trade deficit.
We doubt the BEA forecasts because a recovery from unemployment cannot take place without an unaffordable increase in debt or a massive upward shift in workforce participation. There are many GDP downward drafts we will track, such as increases in the unemployment in clerical and administrative positions,  reduced corporate profits from increased taxes and the continuation in deficit balances both in trade and federal government. 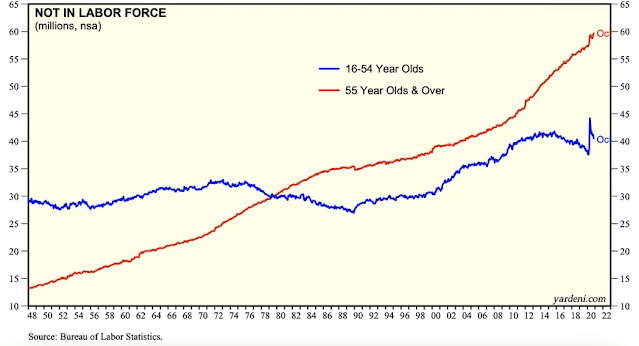 Personnel over the age of 55 will be showing the most decline as younger and less expensive workers will displace the largest part of the workforce. As government funded retirement pay vanishes, the traditional demographic patterns will disappear.
Email ThisBlogThis!Share to TwitterShare to FacebookShare to Pinterest