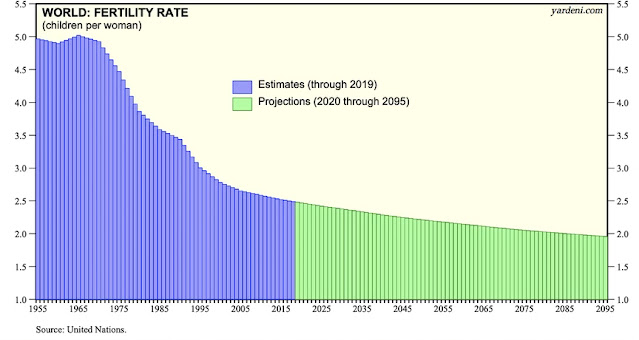 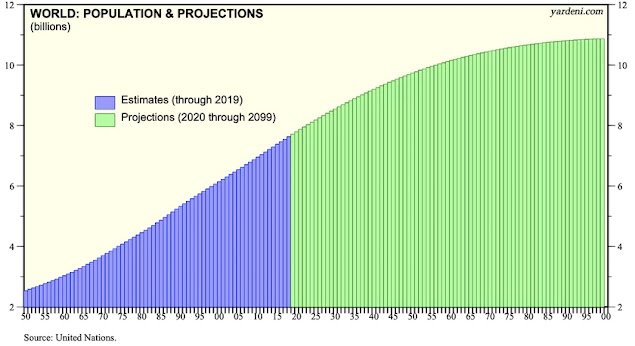 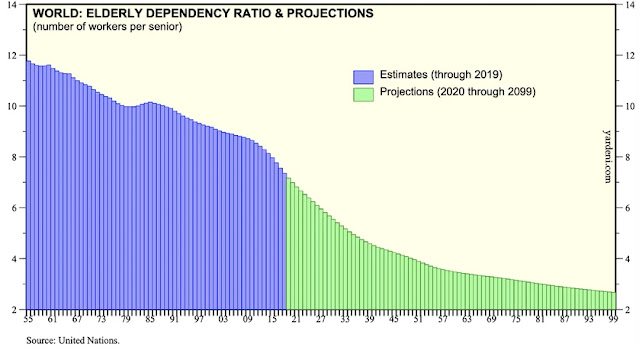 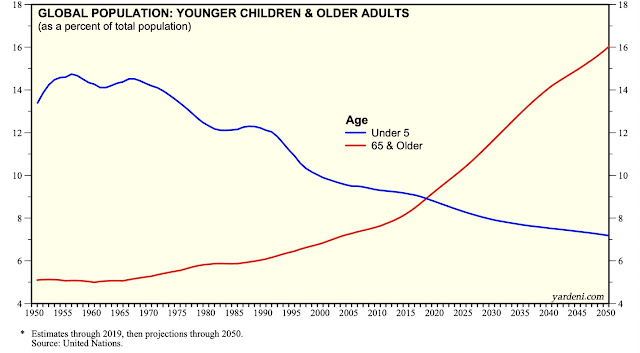 The global population is aging. After 2017 the growth of people over 65 more than double to number of new children,