According to Ray Dalio the comparisons of USA vs. China shows matching: Trade, Competitiveness and Output but lag: Innovation, Military, Finance and Education. The largest gap is in the Reserve Status - which means that the dollar remains the dominant reserve currency. 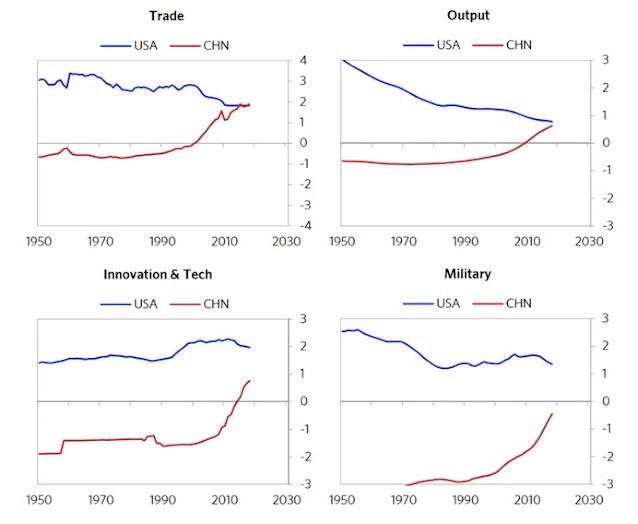 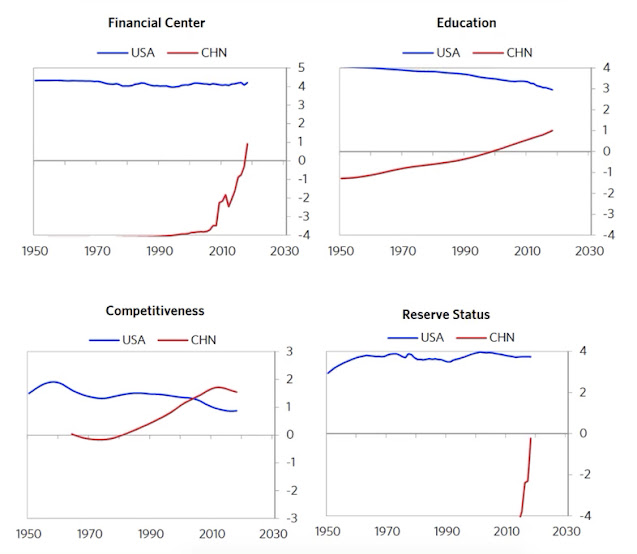 But the dollar has been losing purchasing power. In more than a decade China may catch up. 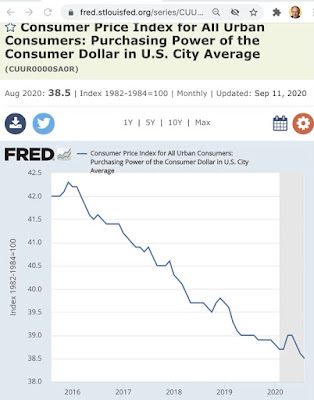 It will be continuation of the "Big Cycle" that may ultimately allow China to catch up:

Summary:
Staring from a vastly inferior condition China has progressed so far but it may take at least another decade to surpass the USA. The critical dimension to watch is international currency finances. The best current forecast is in the escalation of the "cold war" which will leave the world split into two separate hegemonies for the foreseeable future.
Email ThisBlogThis!Share to TwitterShare to FacebookShare to Pinterest