The population over 65 is currently rising over 36 million as the working population between in the 25 to 64 ranges remains between 20 and 25 years.  Clearly, this show rapid gentrification of the US, 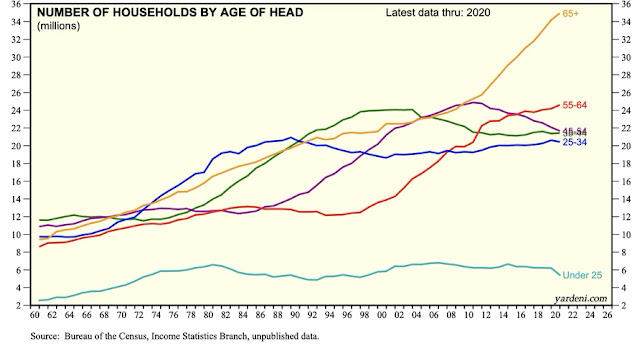 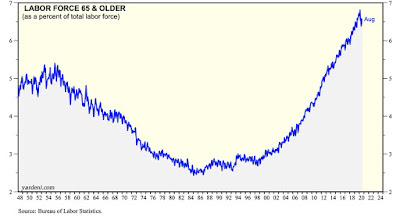 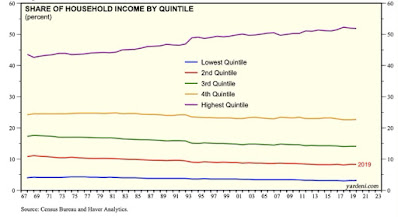 In 2020 there has been a dramatic increases in Government funded contribution of social benefits to the lowest two income quintiles of the population to compensate for a rise in unemployment. Included are mostly people over age of 65. 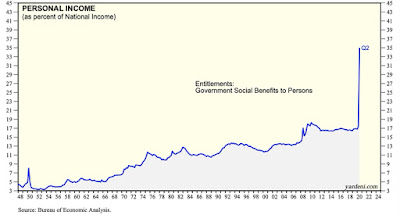 Meanwhile, the number of people out of retirement and seeking lower-wage employment in the workforce. 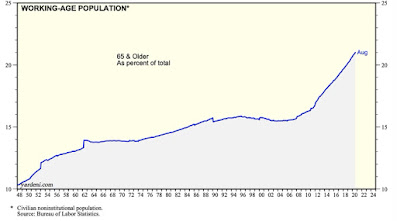 Summary:
The number of people and household share of total is rising faster than other sectors of the US population. The ultimate effects of such developments have resulted in a large increase in welfare payments from the government that is financed by rising debt. However, with the exhaustion of government reserves the prospects are that most of the population over 65 will find the financing of their declining years to be unaffordable.
Email ThisBlogThis!Share to TwitterShare to FacebookShare to Pinterest