#178: Current Trends that Confirm a Decline in US Hegemony

The key indicator about the coming shifts in global dominance is the estimated share of the global GNP. (Source: <https://www.principles.com/the-changing-world-order/>).
The following chart shows declines of GBR, USA and Russia in comparison with the rapid gains by China that has already crossed the USA GDP as measured in PPP terms.

A rapid decline in USA international investments signals a decline in global hegemony.

The rapid rise in the relative share of China exports as compared with hitherto USA dominance should be seen as an indication for possible China take over:

A comparison of factors that contribute  to hegemony shows the rising differences between the  USA and China since 1980. The differences in the ratio of population vs. tertiary education are remarkable +2272% in countries and +590% as compared with the world: 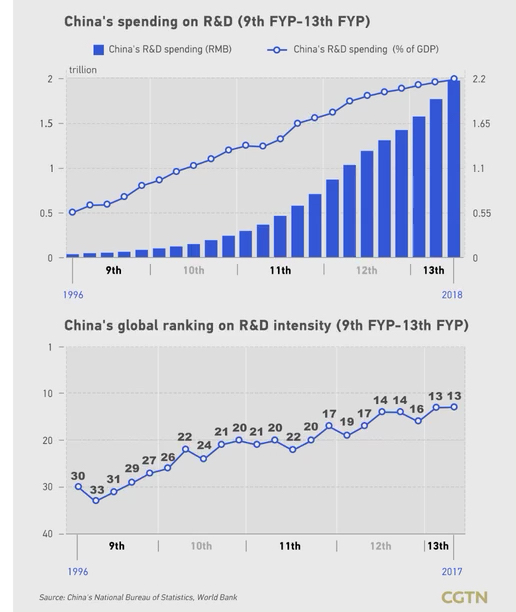 There are other factors that contribute to rising China prominence:

Summary:
Rapid rise in the military, trade, technology and education suggest increasing emphasis on    these drivers of future potential dominance.
Comparisons between USA and China and the world lead to a strong confirmation of current China leadership.  These are trends that require annual reviews because the differences are not as yet conclusive.
Email ThisBlogThis!Share to TwitterShare to FacebookShare to Pinterest