China has been one of the pivotal drivers of this trend. Its transformation into a powerhouse
of trade has helped to lift a huge population into the middle class, creating massive market
opportunities. While China’s rise may be the most dramatic manifestation, drawing more
countries into global markets and value chains has produced economic growth around the
world and historic progress toward reducing poverty in developing nations.

This posting is based on:

But the era of globalization has also been a period of deepening inequality. Digitization
and automation have unleashed job churn and disruption, but global trade has also
contributed—and it has been a clearer political target. Today calls for protectionism and
immigration restrictions are gaining traction in the West, but this path could have damaging
consequences in a world still struggling to jumpstart growth. It would pose real risks
for China, whose economic prospects are deeply intertwined with its integration into
world markets. 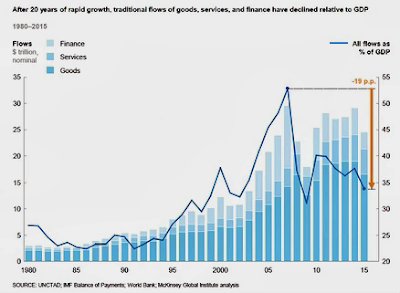 The world has never been more intricately tied together by global flows of commerce and
communication than it is today. In 1990, $5 trillion worth of goods, services, and finance
moved across the world’s borders, equal to 24 percent of world GDP at that time. By 2007,
on the eve of the financial crisis and the Great Recession, that figure had soared to some
$30 trillion, equivalent to 53 percent of GDP. In 2015, it had declined to about 34 percent of
GDP, reflecting some fundamental shifts—most notably a sharp drop in cross-border capital
flows and a shortening of global supply chains as consumer demand sharply declined in
developed markets. 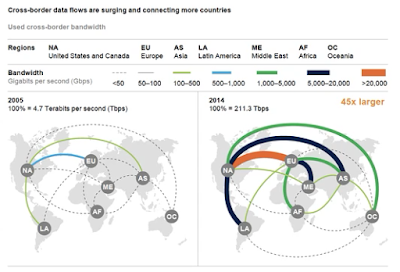 Chinese firms now account for a greater proportion of the corporate universe, intensifying
global competition in many industries. While this dynamic supports greater allocative
efficiency, it has also produced churn and margin pressure as Chinese and other emerging
market companies capture greater market share at the expense of industry incumbents. 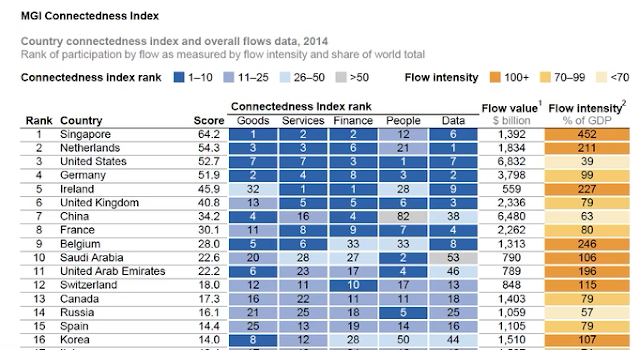