Nations publish broad statements about their national strategy more as forms of strategic communication than as actual statements about their true strategy, goals and the ways they intend to achieve them. They also use them to signal major shifts in broad policy objectives, although those objectives are generally stated in diplomatic terms and ways designed more to influence other states than provide an accurate picture of a nations policies.

China is no more an exception than is the United States. What China actually does in shaping its economy, military forces, and interactions with other states often differs sharply from its declared official foreign policy and strategy. China’s actions consistently provide a better picture of its goals and intentions than the words in its public White Papers and policy statements. Nevertheless, its China’s Defense White Papers are well worth reading, as are its other major policy statements.

The rapid growth of the Chinese economy has led many analysts to speculate if and when China will overtake the United States as the “world’s largest economic power.” The “actual” size of China’s economy has been a subject of extensive debate among economists. Measured in U.S. dollars using nominal exchange rates, China’s GDP in 2017 in nominal U.S. dollars was $11.9 trillion, about 62% of the size of the U.S. economy, according to estimates made by the IMF. China’s 2017
per capita GDP in nominal dollars was $8,583, which was 14.4% of the U.S. level. 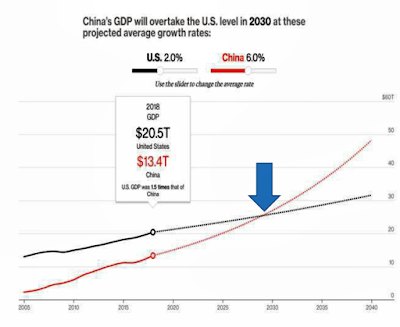 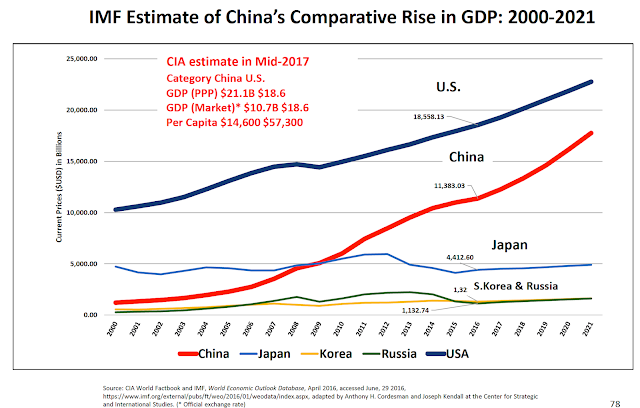 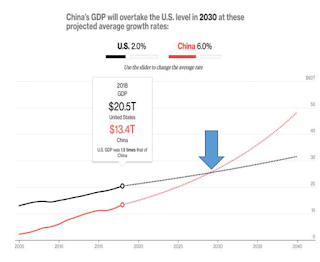 The following source offers an insights into substantial amounts of Chinese foreign investments which does not reflect what an alleged "poor" county incurs:  U.S. Department of Defense, Assessment on U.S. Defense Implications of Expanding Global Access, December 2018, p. 14 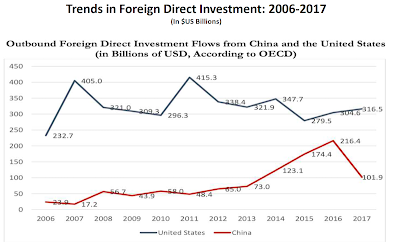 The comparative rise in the GDP, according to the IMF is as follows: 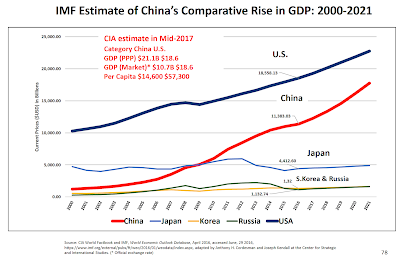 What is significant is the rise in China's holding of  US Treasury bonds: 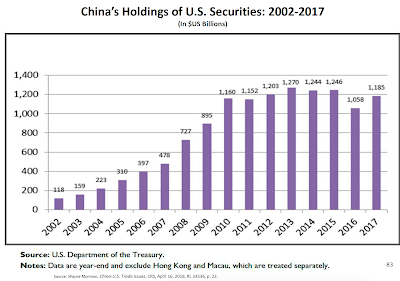 Meanwhile the Chinese people’s lives have been greatly improved. A persevering effort has provided the Chinese people with adequate food and clothing, and made it possible  for them to live decent lives and move towards a moderately prosperous society in all respects . China’s rural population living under the current poverty  line decreased from 770 million in 1978 to 16.6 million in 2018, and China’s rural poverty incidence dropped from 97.5 percent to 1.7 percent, down by 95.8
percentage points. This is an outstanding achievement in the history of poverty reduction. 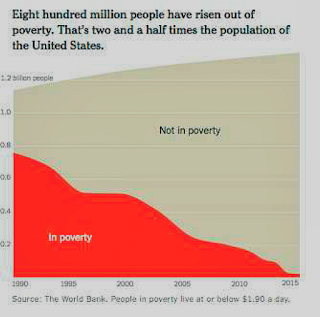 China has emerged as the world’s largest manufacturer according to the United Nations. The Graph below shows estimates of the gross value added of manufacturing in China, the United States, and Japan expressed in U.S. dollars from 2005  to 2014. 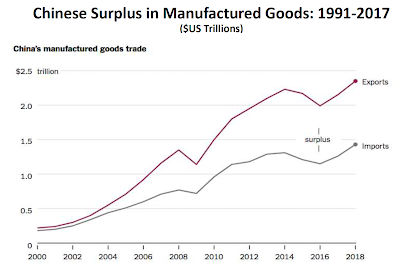 Meanwhile there has been a shift to higher technology exports from China: 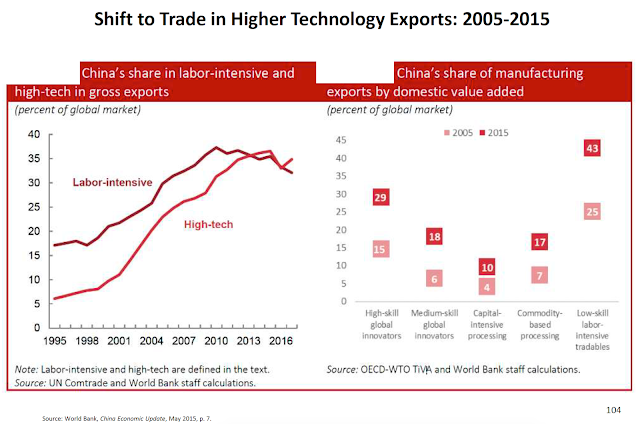 • Only China can stop China from become a global military super power by 2030.
• In spite of this military progress, China’s progress in achieving strategic parity with the U.S. will probably determined in the future
• China’s relative political, economic and military development and influence than by Chinese military numbers.