101. A Global Perspective for Retired Investors

Analyzing the US stock market is inadequate without first placing a retirement portfolio into its global context.  World economies are now inter-related. International trade influences how nations can benefit from global growth.

It is the purpose of this blog to examine regional components of the current global economic growth.  The blog shows how GNP, GNP/capita and population are related.  This includes a review how North America, Europe, Arab countries, South-east Asia, Latin America and African countries can be compared. The data was obtained from the 2016 World Bank database.

The population count will be used to set up the basis for analyzing how future global growth prospects can be evaluated: 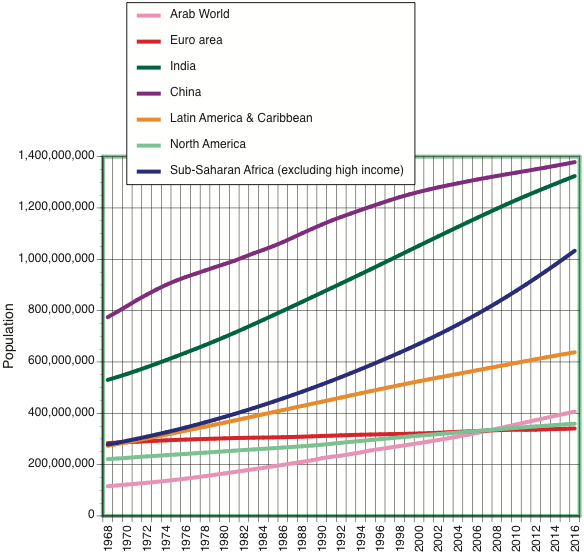 Greatest population growth occurs in China, India and Sub-Saharan Africa, each with very low GNP per capita.  These are poor countries.  Wealthy countries such as in North America and Europe show very slow growth and suffer from an aging population as well as low birth rates. Wealthy countries now account for approximately 10% of the global population and will continue to decline in the future.  The potential for future economic growth will take place outside of North America and Europe.

The primary indicator of economic growth is Gross National Income: 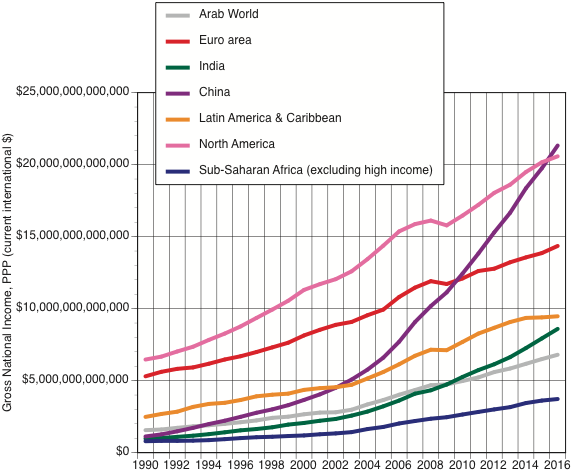 North America and Europe show superior GNI, with the exception of declines during the 2006-2009 recession. An exceptional rise in the GNI is shown by China, which exceeds the growth for all regions and has exceeded the top ranking North American economies.  Whether China's exponential growth will continue in the future cannot be projected. However, the rise of China as an economic power can be seen as the greatest disruption in economic trends in recent history.

However, economic performance must be evaluated in terms of prosperity, as measured in GDP per capita: 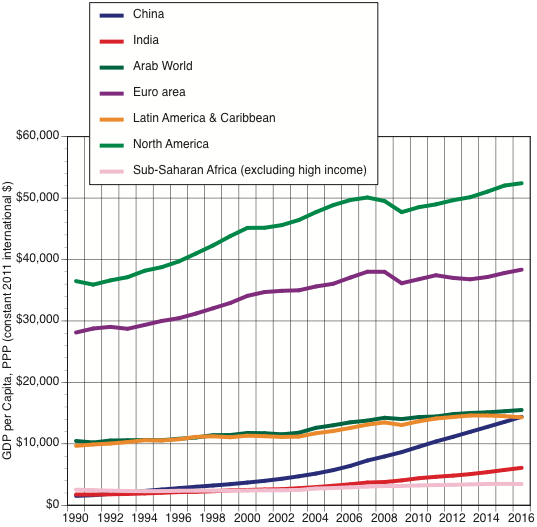 This graph shows the disparity between wealthy and poor countries, withe the possible exception of China that remains poor but indicates an exceptional recent rise in GDP/capita.

The prospects of rising prosperity in the near future based on superior new technologies and dramatically improved health are not good. The gap between a rapidly growing poor population and the prosperity of a limited number of the possessors of wealth cannot be overcome in the decades to come.  Whether a new epoch in the history of mankind may ultimately emerge in the form of a prosperous post-industrial society is uncertain. Whether that can be accomplished in years to come through international leadership by China will require a scaling up of economic and social power at unprecedented levels that still remain as a high risk expectation.

Meanwhile, retired investors approaching the end of life in North America, can only hope that deteriorating conditions will allow for a sufficient protection of their savings to support an acceptable standard of life.

The GNP of the parts of the world economy will be used for making comparisons of the relative importance of each geographical section: 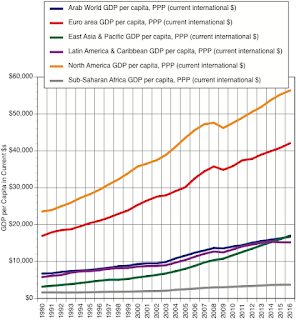 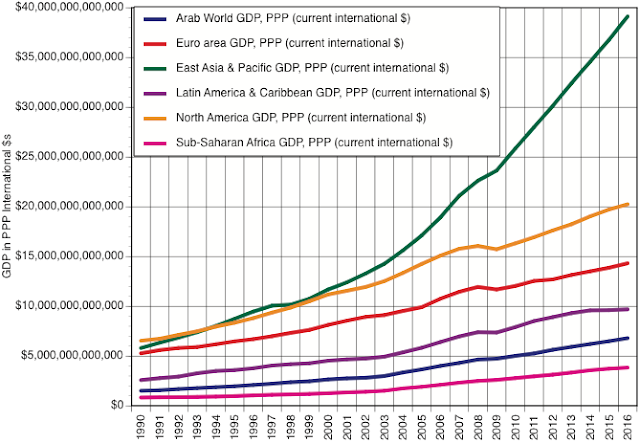 czxvxczv
The prospect of growth of each of the geographic sectors can be best evaluated through an examination of a relative comparison of various values of GNP/Capita: 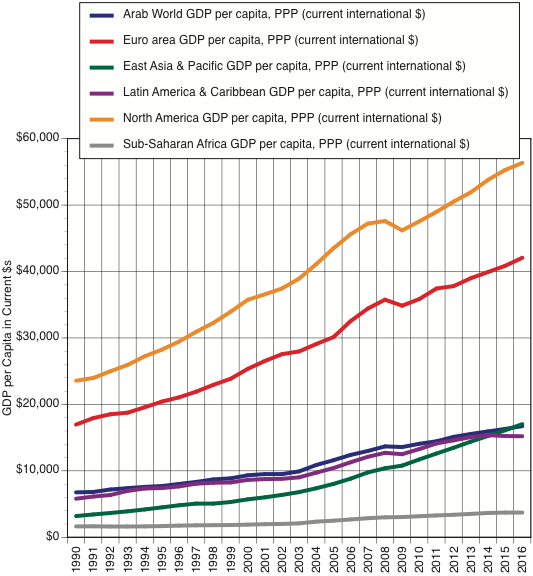