84. Life Expectancy for US Population

In 2012 the US age groups were evenly distributed at a population of about 20 million for each five year age group. As the population ages, about 4% of the population is lost between 20 to 39 years. However, that life expectancy is made up by a rise in longevity between the ages of 40 to 54. 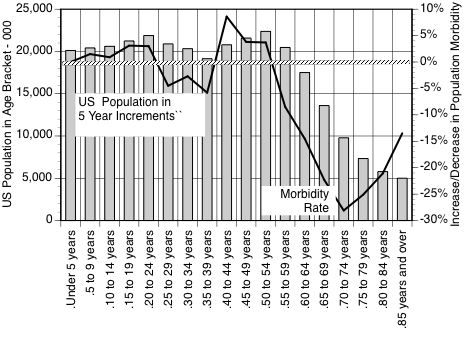 Implications: Life expectancy of the US population is not a linear trend line but varies from a decline during the rising maturity (ages 20 to 39) followed by a 10-year rise while reaching full maturity (ages 40 to 54).