OBSERVATION: The dominance of financial services in international trade has now declined.  A rise in services has not compensated for the reduction of participation of the financial sectors. 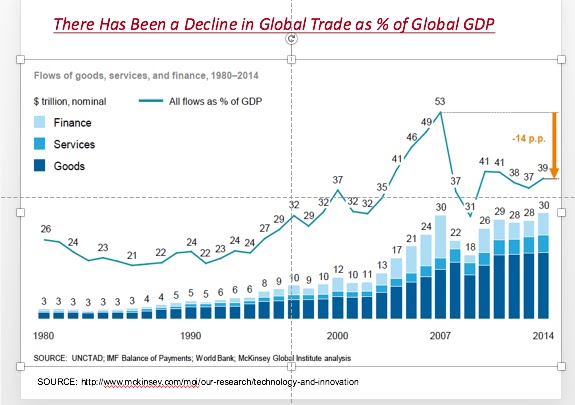 The international trade in goods has not grown over its 2007 peak levels of 25.6%.
The growth in international trade of goods is currently at 67%, still exceeding  prior global GDP growth rates of 10.1% and 7.5%.
Much of the recent decline in the growth in goods can be attributed to a drop in commodity prices and as the appetite for raw materials such as steel, copper, and agricultural goods has  been reduced, particularly in China.

OBSERVATION: International trade remains as a significant  contribution to GNP, even though its role is now diminished. 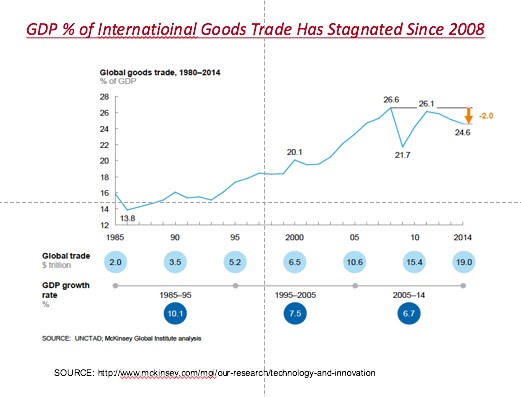 Foreign direct investment (FDI) and foreign loans have shown a precipitous drop.
Since the end of WWII much of the growth in GNP was propelled by capital from developed and particularly from the USA. That has come to an abrupt contraction because of a dropping in the profitability of new international investments.
Whether that has been created with increasing nationalism is not well understood, but it is certainly one a new political force in international trade. 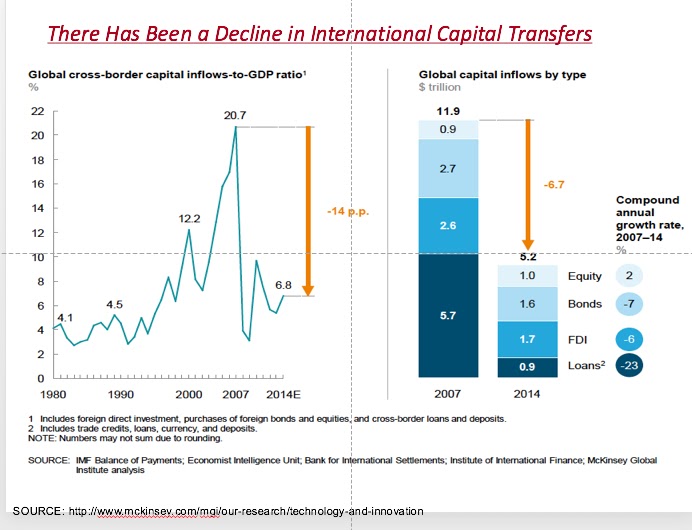 3.4% of the world’s population lived outside the country of their birth in 2013 increasing rapidly while the total global population has declined to a growth rate of only 1.2%.
The refugee population increased to 20 million/year.
There are now 4.5 million international students, mostly in the US and in OECD,
The movement of people is dominated by a steadily growing population of over 1.1 billion, with a large rise in the number of Chinese tourists.

OBSERVATION: With a global population of 7 billion the international movement of people is still small . 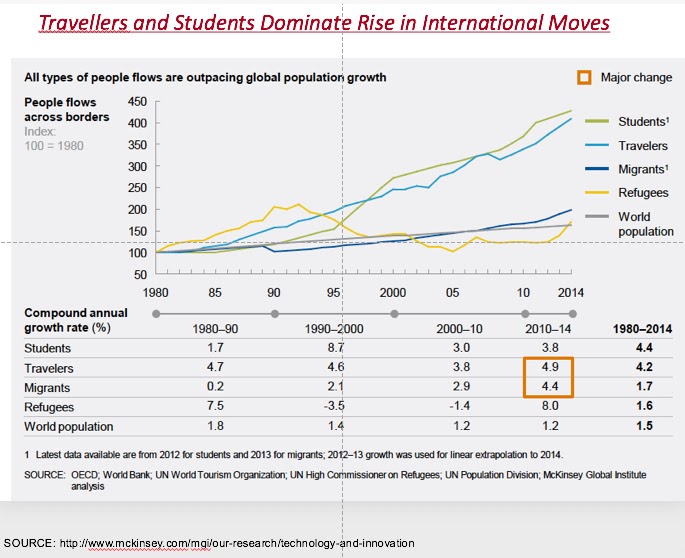 Countries with the largest trade – USA and China – have also a relatively smaller of trade-as-a-% of GNP than countries with annual trade of less than one billion.
USA stands out with only 35% of GNP in international trade, which has the lowest such ratio.
Countries with a relatively high trade ratio – such as Singapore, Ireland, Switzerland, S. Korea, Belgium and Netherlands show they operate diversified economies.

OBSERVATION: The USA, China have large domestic markets and therefore do not have to depend on international trade. However, the USA dependence on Financial Services and China’s dependence manufacturing make them vulnerable. 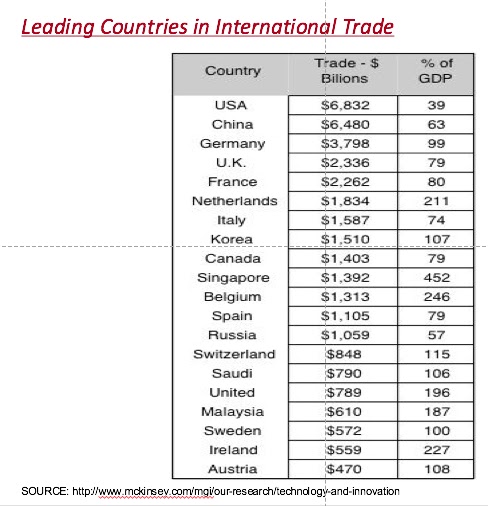