079. US Corporations are Not Using Debt for Productivity Gains

The fundamental characteristic of the US economy has  been a steady increase in debt, as indicated in the following charts from <http://www.sohnconference.org/new-york/%20-%205/8/2016> according to Stanley Druckenmiller: 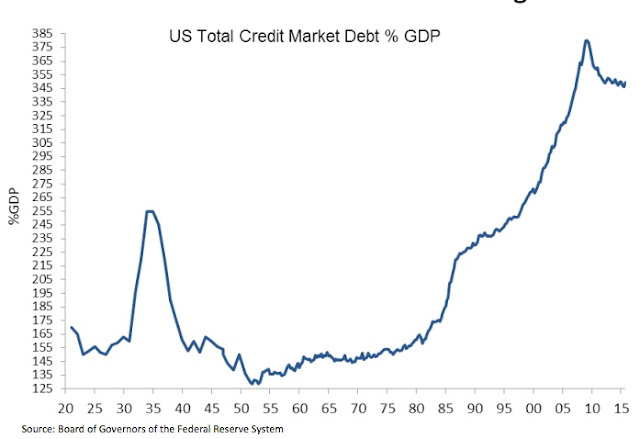 Such large increases in debt have stretched the financial capacity of the economy to its limit.

While debt has increased, the deployment of available capital has shifted from investments in GNP producing investments to financial manipulation, e.g. buybacks and acquisitions: 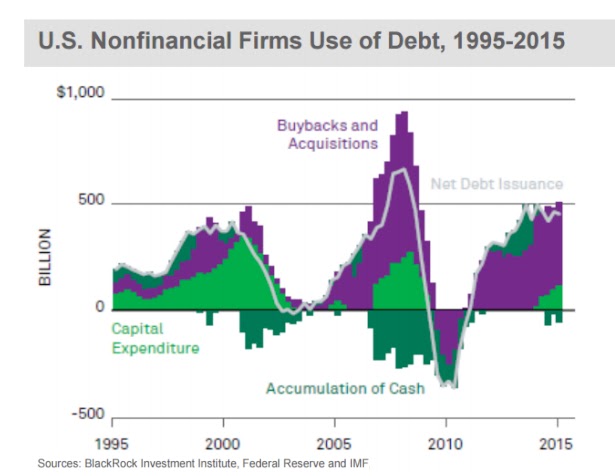 Capital Expenditures for plant and infrastructure has declined in three cycles - from year 2000 to a paltry small spurt of investment in 2015. Meanwhile cash has accumulated to cyclical peaks, to the current levels in 2014. What the chart has shown is a large shift to financial engineering peaking in 2008 and again at present in 2015.

IMPLICATIONS: Investing in productive capacity is not attractive any more because the returns are too small. Instead accumulation of profits are not directed to investment, but rather to cash and buybacks and acquisitions. It is this chart that holds the fundamental insight into the decline of the USA as the dominant global economic power.

The insight that "The Best is Behind USA" can be best summed up from the following chart: 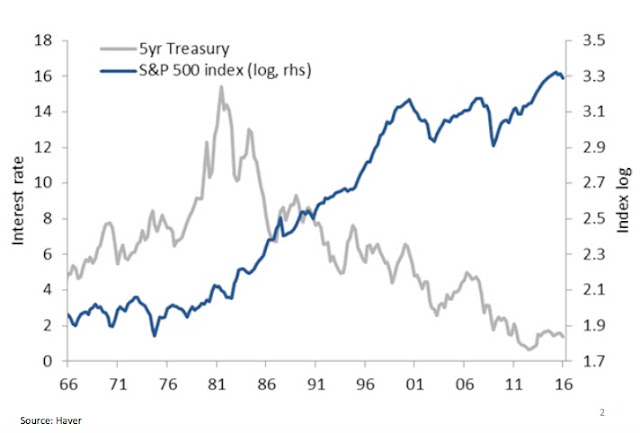 It does not pay to invest in productive capacity if the the investors can realized only yields below 1.9% on 5-year treasuries while the inflation rate exceeds 2%.  Meanwhile doubling the S&P accomplishes only the creation of a "bubble" of overpriced shares.
Email ThisBlogThis!Share to TwitterShare to FacebookShare to Pinterest