To understand the rising trends in inequality it is necessary to keep track how the 20% to 99.99% percentiles of the US population have changed since 1970. 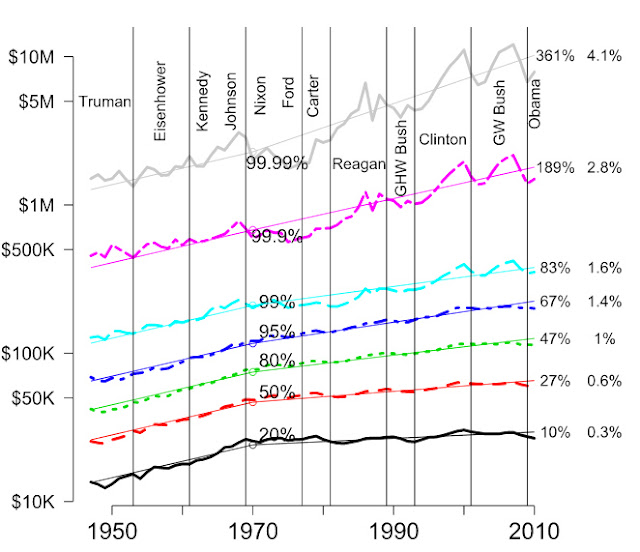 The total net worth of  billionaires is $6.5 Trillion, or averaging $3.6 billion per person. According to Credit Suisse Global Wealth Report household wealth stood at $250.1 trillion in mid-2015, or $52,400 per adult.  That makes billionaires holding over 2.6% of the total global economic wealth.

About half of the global population were earning less than 0.0015% of the wealth of an average billionaire.

CONCLUSION: Since 1970 there has been a steady increase in income inequality. The largest gains for the the wealthy took place under the favorable growth years after 1990.

At this point there is no known policy for bridging the gap between the global median wealth  and the average wealth of 1,810  billionaires. For full disclosure I would prefer to supplement the annual FORBES listing with data about employment created by every billionaire.