Containerization of Applications for the PaaS Cloud 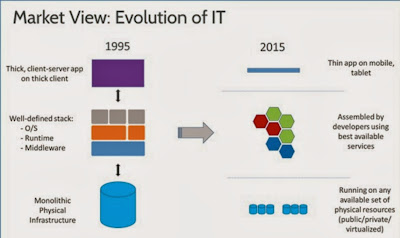 There is a huge number of combinations and permutations of applications/services and hardware environments that need to be considered every time an application is written or rewritten. This creates a difficult situation for both the developers who are writing applications and the folks in operations who are trying to create a scalable, secure, and highly performance operations environment. 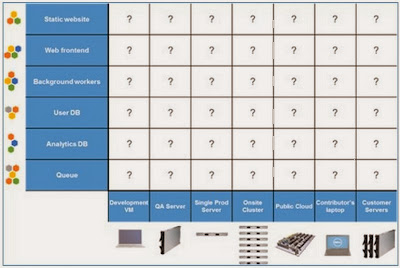 A useful analogy can be drawn from the world of shipping. Before 1960, most cargo was shipped break bulk. Shippers and carriers alike needed to worry about bad interactions between different types of cargo (e.g. if a shipment of anvils fell on a sack of bananas). Similarly, transitions between different modes of transport were painful. Up to half the time to ship something could be taken up as ships were unloaded and reloaded in ports, and in waiting for the same shipment to get reloaded onto trains, trucks, etc. Along the way, losses due to damage and theft were large. And, there was an n X n matrix between a multiplicity of different goods and a multiplicity of different transport mechanisms.

Containerization of applications and the virtual computing infrastructure can be thought of as an intermodal shipping container system for code. Containerization of code and its supporting infrastructure enables any application and its dependencies to be packaged up as a lightweight, portable, self-sufficient container. Containers have standard operations, thus enabling automation. The same container that that a developer builds on a laptop will run at scale, in production, on VMs, bare-metal servers, server clusters, public instances, or combinations of the above. Most importantly, consistent security can be applied to all of the components that reside in the container.
In other words, developers can build their application once, and then know that it can run consistently anywhere. Operators can configure their servers once, and then know that they can run any application.
After a multiplicity of applications and VMs are in a container, the following will apply: