In the 5/25/2010 issue of AFCEA Signal Scape I explained "How to Practice Safe Social Computing". The separation of secure NIPRNET computing, by means of a virtual desktop, from the unclassified Internet virtual desktop was seen as affordable secure means for separating social from DoD computing.

To accomplish the separation between the Private Personal desktops and the Work Personal desktops calls for the placement of isolated logical windows on top of the Virtualization Platforms both at the desktop devices as well as at servers located at the data centers. By far the most secure and least expensive way of achieving this it by resorting to the use of thin clients for social computing (See Figure 1).

Though DoD work is protected against security intrusions because any virus or botnet conveyed over the Internet lands up in a completely isolated virtual server, the outbound traffic from the Private Personal computers is open to compromise from unauthorized disclosures. In the case of potential security  compromises from insiders, DoD remains completely unprotected.

Giving access to social computing therefore calls for the complete tracking of all transactions. Such monitoring must account for every social computing message. Forensic methods can be then used to identify incidents for the apprehension and ultimately as evidence used for the prosecution of security violators.

There a a number of forensic tools available identify security anomalies, such as shown in Figure 2.

The isolated connections would receive the highest priority for added surveillance.

The authorization of even restricted social computing access to the toxic Internet, without interrupted monitoring, is a risk that should not be tolerated. 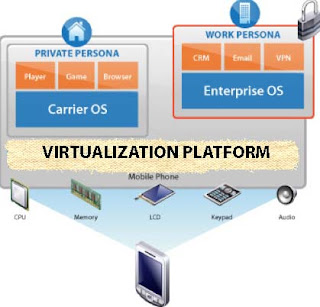 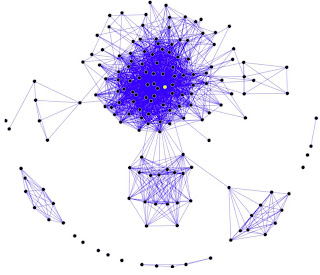 Figure 2
Email ThisBlogThis!Share to TwitterShare to FacebookShare to Pinterest